Historic architecture fascinates me and I love the way staying in antique hotels connects me to the culture of a place. There isn’t much in the way of historic hotels in Nepal even though you see ancient buildings in Kathmandu that have housed generations of the same family for centuries. While walking around the city you can see ancient homes crumbling and curling at the edges in varying states of decreptitude, yet with the lavishly carved wooden pillars, doors and window frames.

Kathmandu’s exquisitely carved Newari-style houses are one of the most recognizable icons of Nepali culture, and are living evidence the country’s centuries-old artistic heritage. Sadly many of these beautiful old buildings have been torn down to make way for modern structures.

A special place where this traditional architecture is not only preserved but can also be lived in is the extraordinary Dwarika’s Hotel in Kathmandu.  Until a friend who lived in Kathmandu told me about Dwarika’s, I had only been familiar with more famous hotels like the Yak and Yeti, famed for hosting numerous Everest mountaineers over the years.

Awarded the PATA Heritage Award in 1990, Dwarika’s Hotel was founded by Dwarika Das Shrestha, who in 1952 found carpenters sawing up a magnificent antique pillar from a torn-down building to use as firewood. He rescued the pillar and continued to rescue antique woodwork from old Newari buildings that he preserved by reconstructing them into this stunning hotel where guests can admire Nepal’s artistic and architectural heritage while enjoying the unique experience of living in it as well.

The hotel is set around a tranquil courtyard that provides cool, leafy refuge from the city’s dusty chaos.

You might not expect to find a swimming pool in such proximity to the snowcapped Himalayas, but it actually gets quite hot and dusty in Kathmandu in the summer, since the city is nestled in a valley. There’s a beautiful pool at Dwarika’s, designed with crocodile head fountain spouts in the style of royal baths used by 12th century Malla Dynasty kings.

My room was spacious, though rather simply furnished in Nepali style. The guest rooms were arranged facing inward onto the peaceful interior courtyard garden, with the corridor ran along the exterior wall, with antique carved wooden windows looking out into the road outside. 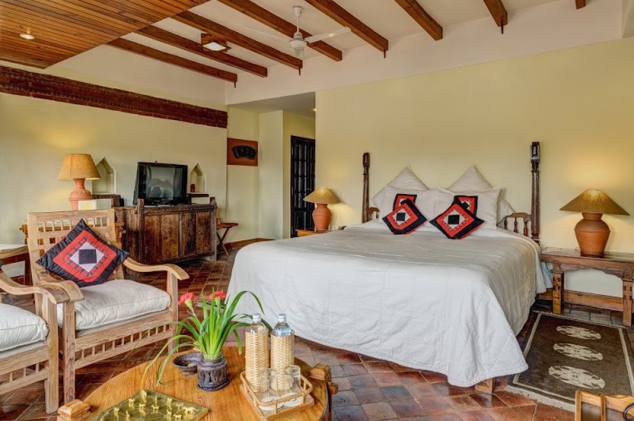 Dwarika’s Hotel contains some of the finest artistic woodwork from olden times and even if you don’t stay here, you can stop in for a cup of tea in the courtyard or a classic Nepali dinner in the Krishnaparn restaurant in typical Nepali surroundings. More than a hotel, Dwarika’s is a living museum that shows you a side of Nepali culture that is more than mountains and rivers.